I tried that drug before, when I was sixteen.  I blacked out then kind of passed out.  I was with my first girlfriend and her friend, and I thought I was going to die.  Then I never did ecstasy again.

I didn’t turn happy.  So, I didn’t see what the big deal about these pills were.  If I was given a lifetime supply, or even one of those magical pills, I would probably be right back where I started when I was sixteen.  Lying on the ground, blacked out, looking as if I’m dead.  So, would I take these happiness pills?

Probably not, unless I was looking to end it all.

Happiness, on the other hand, isn’t something we really attain by acquiring items.  It is what we achieve by fulfilling our basic needs and by changing our philosophy on life.

I used to have everything I thought I ever wanted. 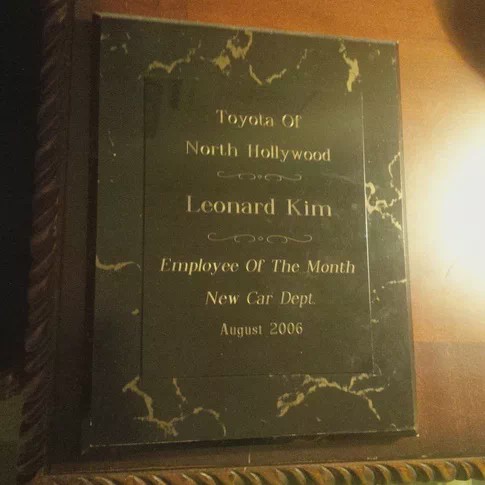 When I had it all, I had a thought come to my head.  A thought that actually was quite dangerous, detrimental even.  I pondered and thought, I have absolutely everything I want in life, yet I’m not happy.

Is this what the American dream is all about?

To acquire everything that my heart could possibly desire, just to live life and be normal?  Without the happiness and materialistic possessions that I had worked so hard to achieve?

So, I did what any average person would do when I faced an empty ended life that was destined for me.  I turned to drugs.  Then, everything slowly crumbled apart.  I was depressed and heartbroken for around the next six years of my life.  I tried to get back what I had lost, because I felt like it was what had defined me.  I worked tirelessly in the hopes that I could one day reclaim what I had lost.  I felt that what I once had defined my life, and now I was just nothing.

Eventually, I failed.  Then I failed again, and again, and again.  I failed to the point where I just gave up hope and was ready to call it quits.  I sent my ex my final letter, saying that I gave up on life.  I told her that this would be the last time she would ever hear from me.  I told her to let my family know how much I loved them, yet I would no longer be here anymore.

Letter to ex:  Leonard Kim’s answer to What are some examples of heart-breaking suicide notes?

She came to my work, on the day when I was ready to fulfill my plan.  She came and stopped me from doing what I was about to do.  She forced me to stay with her, as she told me of how selfish and stupid I was.  Then, she gave me a resolve to live, once again.

Being bruised, battered and beaten to a pulp, by everything that life could toss at me, I barely lifted myself back up and knew that I couldn’t let my grandmother, nor my mother see me die before they reached their last days on this earth.  I knew that I had to live, or at least survive, for now.  There was the grim world of death, where I would cause a turmoil of pain to the ones I loved.  Then there was life, where I would just be lost, wandering aimlessly through life, without a clue with what to do with myself.

Yet, I know, I had to do something different this time around.  For months, I was stagnant.  I didn’t try to move forward, nor did I try to move backwards.  I spent each day just surviving, wondering if I would find myself.  Then, on one unfortunate night, while I was out with my ex, I broke my ankle.

Back story here:  Leonard Kim’s answer to What does it feel like to be seriously injured?

During those next three months, I had a lot of time to reflect.  To remember who I was.  How I was raised.  What failures I had gone through.  What I had learned.  I became wiser to my shortcomings.  I began to understand why my life took turns for the worse.  I began to see the patterns that caused my life to fall back apart.

Then, one day, I stumbled across a new concept.  Something so simple, yet so profound.

I already had nothing.  I already failed at everything I tried.  I gave up on my life, multiple times.  I tried my hardest, yet I failed.  I had everything I thought I ever wanted, yet I was unhappy.  I was just here, working an entry level job, without a clue with what to do in my life.

So, I thought to myself, what in the world did I have to lose?

Then, I decided that I would implement this new way of life.  I would make sure to take care of my own personal health.  I would toss away my goals and stop looking to the future.  I would stop regretting all the mistakes I had made in the past.

I would start living for today.  I would start appreciating everything around me, from the flowers, to the birds, to the squirrels and the bees. 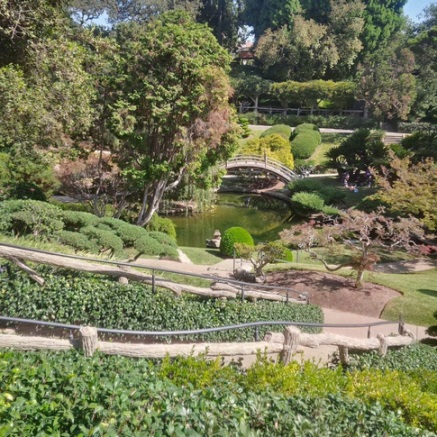 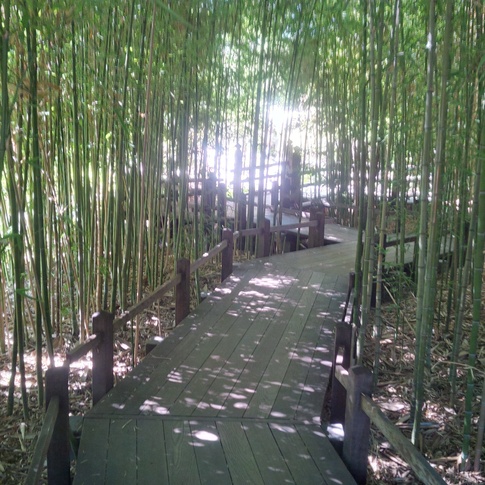 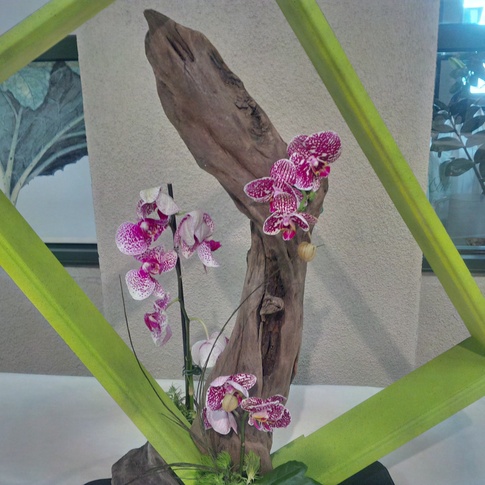 I would forgive those who wronged me, or at least try my hardest to forgive most of them, because forgiving them all is impossible for a weak soul such as myself.

Each morning, on my bus ride to work, I would think of at least three things for which I was grateful for.  I would volunteer my time to help others less fortunate than myself.  I would start writing to share my hardships with others, so they may be able to avoid the mistakes I have made in my life.

I would create for myself, an attitude of abundance.

I divulged myself onto this journey, for at least the last six months of my life.  I didn’t have some ultimate purpose of what I wanted to achieve.  I didn’t know what direction I was heading.  Actually, to be quite frank, I didn’t even know what I was doing.

As I awoke each morning, I began to realize, that I was becoming happier as the days went by.  As I started to write, I became more and more confident.  Others even began to take notice, and helped support me on my journey.  My toxic friends had left my life, and they were replaced with genuine heartfelt people whom wanted to see me happy.

Reflecting back to where I was, seven and a half years ago, I think back and wonder…  How is it that, I could be here today, with absolutely nothing, yet I could be so genuinely happy?

My income had not changed.  I had not attained more worldly possessions. I was not even nearly as far ahead in life as I was back in 2006, when I had everything I had thought I wanted.  Yet, for some reason, here I am today.  Here I am, feeling fulfilled.

I have not earned a single penny more than I did from where I was, two years ago, when I wanted to end it all.  I have not purchased more of the worldly things I had thought I wanted through my entire life.  I am still earning a third of the income I had become accustomed to.  I work at an entry level job with no hopes for a promotion.  Yet, deep down, I’m truly happy.

In the last few months, I have done a lot of reflecting.

I thought back about my grandfather, Robert L. Landis, and the person he was in his life.  I remembered how he never had a worry and how happy he was, even though he had fought in three wars.  All he wanted to do was share his love not only with me, but with the entire world.  I remembered how much he was loved, even up until the day he died. 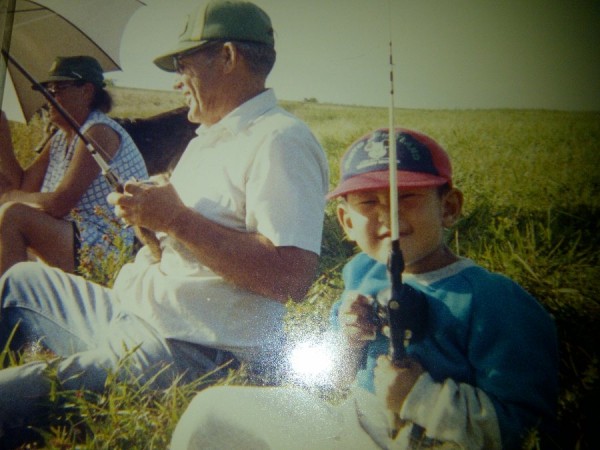 Back story here:  Leonard Kim’s answer to What did you see as a child that affected your life?

Back story here:  Leonard Kim’s answer to How did you meet your mentor?

It feels as if…

First post seen here: Leonard Kim’s answer to A lot of people want “to be rich” when they grow up. Is this possible? What are realistic ways for one to “become rich”?

I tried to accomplish these things for businesses before.

Yet, I always fell straight on my face, with my head buried so deep into the dirt, I thought I was an ostrich hiding from a deadly predator, hoping to be unseen.  I tried to gain influence by talking about how successful and flawless I was, yet someone always broke through my exterior shell and shattered it to pieces, since it was all just a charade to begin with.  I tried to attain great wealth and success on multiple occasions, yet I was always beaten back to the ground, even deeper than from whence I began.

I expected to acquire everything I could in the world, yet the world wanted nothing to do with me.  I wasn’t living my life as an experience.  Instead, I was living a life dedicated to my self imposed goals, or limitations as I call them.  In turn, my expectations that I had placed on myself led to my disappointment.  Led to my failure.  Led to my defeat.

It was only when, I had rid myself of all these worldly needs, that I was able to achieve the beginning marks of true success, or should I say true happiness.  I hope that, you too, are able to find happiness on the journey to the destination you are intended to arrive at as well.

0 thoughts on “If Offered a Lifetime Supply of Happy Pills, Would You Take It?”