When I was about two or three years old, I started growing up with my grandparents, Robert and Nancy Landis, as opposed to my mother. My grandparents had raised me as if I was their own child.

Robert Landis, my grandfather was the most influential person in my youth. He loved me with all his heart and showed it every chance he could. As a child, I sat on his lap and he told me story after story, of how he used to walk through snow on the way to school as a child, how he fought in three wars, his time in WWII, The Vietnam War, The Korean War, and his experiences in life.

He was retired from both the Air Force and from Armco (Currently AK Steel), the biggest steel manufacturer in America at the time. He had nothing but time to raise me. He enrolled me into everything he could, from sports teams to learning special skills that I’ve never used, such as trying to figure out how to draw or play the piano.

As a kid, I was never good at anything, and to this day, things seem to be quite the same.

In elementary school though, it was amazing. My grandfather volunteered at our cafeteria at school. Once or twice a week, he would surprise me with McDonalds! I love McDonalds. They make such an amazing Happy Meal. And it does make you happy. Really happy! I still go to McDonalds nowadays because they have such a happy yellow logo. McDonalds is awesome! Yay for McDonalds!

My grandfather loved me every single moment of his life. Whenever I did something wrong, or my grandmother had scolded me, I would run to him for comfort. He would always do whatever he could to smile and cheer me up. When I got picked on by the bullies at school, who used to make fun of me and say things like “ching chong chang” while holding their fingers against their eyes, making their eyes look slim, much like mine did.  At times, I thought I was looking into a mirror and seeing a reflection of myself.

Maybe I was a little spoiled growing up, but I always had everything I wanted. I had a TV, video games, a ton of toys. My childhood was kind of… Awesome.

I didn’t have anyone to talk to about the death of my grandfather. I never had an opportunity to speak with my grandmother about him, because she was dealing with her own tragedy of the loss of her husband. She was getting rid of his things (Oh, how I wish I could’ve held on to them.) and dealing with an overwhelming amount of stress. I didn’t have a counselor to seek comfort in, because when you’re only fifteen or sixteen, you never even knew that would be a viable option.

So instead, I absorbed all the pain. I didn’t know how to cope with the emotions. I let them tear me apart inside. I didn’t understand death, or the impact it had on my life. However, I noticed I started to change.

No longer was I the young carefree child who shared love and joy wherever he went. I slowly became a bitter, anti authoritative person who wanted to do his own thing. I became succumbed to the pressure of my peers, as I sought out to feel love, and got in a lot of trouble. For some reason, I never had received the love that I sought for, just the pain from getting in trouble.

At one point, I had crossed the line when I took out my grandmother’s Toyota Corolla against her will, then ended up crashing the vehicle into a tree. She was so disgusted with how I was turning out, that she sent me off to live with my mother in Los Angeles.

Eventually, things just got worse and worse. I became a mess, hung around with the wrong crowds, and got in more and more trouble.

After a few years, I finally woke up and got my life on track, but I ended up becoming this selfish, greedy, self centered person who only cared about himself. Sure, I made six figures once at the age of 21, then high five figures on multiple occasions, but since I was an emotional wreck inside… I lost it all… Not once, but twice. If you had a dictionary and wanted to find the definition for heartless, you would probably find a picture of me.

Lately though, I have taken a step out of my personal situations to look back on my life.  This summer I volunteered at the Special Olympics in Long Beach.  It was quite a rewarding experience.  I was able to see so many happy and genuine people, both the volunteers and the participants of the event.  I was overwhelmed with emotion when I saw how so many people could be happy, with as many shortcomings as they had. I was left quite speechless with what I had seen.

The following night, I guess you can say I had something along the lines of an epiphany. My mind had started to open up. I just wanted to peek through the door to see what was on the other side, however the floodgates just poured open and I began to see my life again.

Scientists and researchers say that the amygdala is the part of your brain that acts as the core, which controls your basic human instincts such as love, joy, fear, hunger, etc. Since the amygdala is so hard to pronounce, I like to call it the lizard brain. The lizard brain is a part of our Neanderthal selves, which protects us from pain and harm. Deep within my subconscious mind, I had locked away my youth, and most importantly my grandfather. The tragic events I had dealt with at the time were so hard for me the deal with, that I just stored them away and tossed away the key. However, as the floodgates allowed the water to pour through, the memories of my grandfather had come rushing back.

I looked back on the times I spent with him, how he raised me, and the type of person he was.

We traveled the United States. We went to theme parks. We went fishing. We had a dog by the name of Betsy. We played in the snow. We went boat riding. We changed oil underneath his car. We did everything together. He always told me to do the right thing. He raised me with ethics and morals. He had the strongest foundation I have ever seen. He was basically more than a father than anyone could ever be in my life, and we aren’t even related biologically.

He was a well decorated veteran of the United States Air Force who held multiple purple hearts. He retired from Armco Steel, largest steel manufacturer in America. He lived a full life. He had genuine friends who stood by his side and relied on him. He volunteered everywhere he could. He always smiled everywhere he went. He was filled with love and joy. His ambiance radiated around him. He wanted to involve me and teach me everything he did. He built cabinets by hand for our kitchen. He fixed machinery that was broken. Even though he fought in three separate wars, he never had a moment where he seemed depressed or unhappy. He seemed to have achieved something along the lines of nirvana, through his life long journey.

When I look back over the last twelve years, I’m disgusted that I had forgotten the most influential person in my life. I’m appalled when I looked at whom I used to be when my grandfather had raised me, to how I turned out… And I just hated everything about me and who I became. I couldn’t believe I have fallen so far from the image that he had set for me to live up to. I couldn’t believe I was so selfish, self centered, cold, and heartless. Imagine, having just one event affect you so negatively, it changed how you lived and saw the world for the last twelve years of your life.

From then, I made a decision. A decision to change. To live up to live a life much like my grandfather did. Robert L. Landis, you truly are my hero and my inspiration. I am sorry it has taken me so long to finally realize what you did for me, but I’m glad I did. I hope, one day, I will be able to be an inspiration to others, as you have been to me. 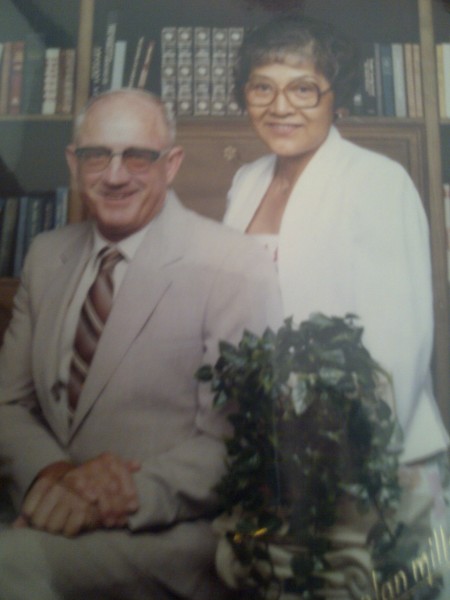 0 thoughts on “The Event That Changed My Childhood Life”