In the past, I would have laughed at the thought of having just the minimum of myself. I wanted everything. Where that led me was to a life of hopelessness and despair, chasing after worldly possessions that had controlled my life.

As I aged and reflected, I came to find that chasing after these worldly possessions was not the proper life that was set out for me. If I put my wants at the forefront of my life, I would be left with nothing. Not even myself.

So as time progressed, I started chiseling away at my wants. I started to control my urges, my thoughts, my desires. Then I tamed them.

So I set out on a course to try to achieve that.

Achieve it, I did.

I had concocted a lifestyle where all I had paid for in any given month was the rent on my home, my electricity bill, my phone bills, my dental insurance, transportation through the use of public services, food at the grocery store as opposed to restaurants, half a pack of cigarettes a day and maybe a hundred dollars set aside for entertainment, which may have resulted in a drink or two out with a few meals.

The rest of my money, I just stuck into savings and investments. I just wanted to see… Was it possible to be happy by living on the bare minimum? By just having the necessities? By not chasing after the bigger dreams?

Surprisingly, it was. It was possible to be happy with nothing.

But that happiness… Did it last long?

It didn’t. However, that wasn’t because I wasn’t able to go out and spend money to enjoy myself. It was because I had not made the proper shifts in my philosophy yet. To wake up each morning and to think of for what I was grateful for. To stop living in the past or the future. To start living in the now. To get regular exercise and a healthy amount of sleep. To eat healthy foods. To stay away from toxic people. And to volunteer and help others.

Once I started to do these things as well, I started to gradually enter into a state of true happiness. It felt kind of like I was floating on cloud nine. Not a single thing could go wrong. All I did was go to work and write away.

Then, one day earlier this year, the news came. News that had shook up my life. My mom had wanted to come and visit. When I asked her when she was planning on leaving, she said never.

I tried to stay calm, but inside I was panicking. I wanted to act like nothing was wrong, but I knew this would be an event that was to forever change my life. My mom hit that age, above sixty, where employers would deem her to be useless. That age where she would never be able to find employment again. However, just a few years before she would qualify for social security benefits.

But I was on top of the world mentally, I could handle this, right? Right? Right?

That’s what I thought, at least. I tried to play it cool. I tried to act like everything was fine. But I couldn’t. Once she entered the doors to my home, the doors broke down and shattered with negativity. The negativity oozed out of her and covered every single inch of my small 700 sq. ft one bedroom apartment. Then it burst. It splattered everywhere.

The first week went by, I still maintained composure. By week three, I didn’t know what to do. I was in panic, hiding from home, staying at my friend’s places, escaping the turmoil at home.

Home became a place I dreaded. A place I no longer wanted to return. I hid at work. Even at work, my boss had asked me what was wrong. Signs of distress showed throughout everything I did. I found sanctuary at work.

Who in the world finds sanctuary at work?

But hiding at work was not enough. I needed a plan. A plan to get my mother out of my home.

Was I to make her a dating site? Was I to help her find a husband? What was I to do?

I suggested it. She laughed at the thought. When I tried to take her picture, she scorned me. It was as if there was a demon in my home. I was scared. I wanted to run away.

I wanted to run away so bad, that I started to plan out my escape. But school had started once again. Now I was at my wit’s end. I had to deal with school, my mother, my job. This was well over 100 hours of responsibility a week. I couldn’t handle it.

I knew I was going to break down. I knew that everything was just going to crumble apart. I had to escape. So I had arranged a vacation in New York.

At this point, my mind slowly became more and more unstable. Many thoughts had come across my mind.

How am I ever going to find a significant other if I live with my mom?

How am I ever going to introduce her to anyone?

She’s going to scare off anyone I ever meet.

Am I going to have to take care of her forever?

Am I going to be single forever?

What am I going to do with my life?

I’m like officially trapped now. Trapped in Los Angeles until the day I die.

Now I’m trapped at my job.

Do I want to do this exact same job for the rest of my life?

I want to escape!

I want to run away!

I don’t want to be in LA anymore!

I want to be free!

So, instead of targeting the exact issue I had at hand, I panicked. I figured that the solution was for me to escape Los Angeles. To get out of here and end up anywhere else.

I inquired about the costs of living in various areas, from Washington to New York, to San Francisco to London. I did the math. I figured that in order for me to maintain the exact same lifestyle that I had now, I needed to earn $90,000 a year in any other area, so I could use the excess of that money to cover the rent for my mother in Los Angeles. So I could escape from her grasps, the grasps that would hold me down and keep me in place forever.

So even though I was a bit disillusioned and in shock, I started to plan my escape. I networked and connected with others outside of where I had lived. I had started to talk to this man. He had promised me a job out in New York. I already had bought round trip tickets prior to our conversation for a vacation I was planning. A week prior to my departure, we had discussed a six figure position at his firm.

The week before, my employer was fired from their employer, being replaced by another company. Two weeks prior to that, as an act of goodwill, I had bought someone a plane ticket to the Quora Top Writer meetup I was unable to attend. I thought this job that was promised to me was a sign. A sign of good faith for the altruistic deeds I had done over the last year.

When I arrived in New York, this man was nowhere to be found. I called his phone, went straight to voicemail. I thought he may have been asleep, so I headed over to my friend’s home. I arrived on the upper east side of Manhattan at a brick building, my new home for four days. 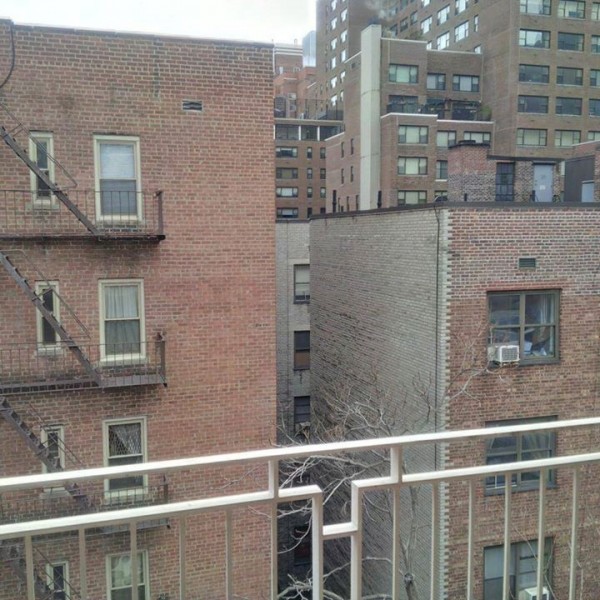