Disclaimer: Do not try this at home.

This morning, I woke up around noon.  I had probably one of the biggest hangovers of my life.  I had absolutely no clue what was going and I was just completely lost.

I had a quick phone call with a friend, chatted online a bit, answered a few texts, all while I was starving.  So I drank water, ate an orange, then decided that I really really needed to make breakfast.

I wanted it all.

I saw pumpkin soup from Trader Joes in my fridge.  I wanted pumpkin soup.  So I put it on the stove and chopped up some green onions to add to the mix.

I saw bacon in my fridge.  So I decided to make bacon, over easy eggs, with some cheddar, corn salsa, green onions and sour cream to put into a piece of pita bread.  Yum.

I saw Japanese seaweed in my fridge.  You know, the kind you get at a Japanese restaurant when you order sushi.  So I decided to add it to my meal.

I saw marinated fresh mozzarella balls in my fridge.  So I added a few of those to my meal. 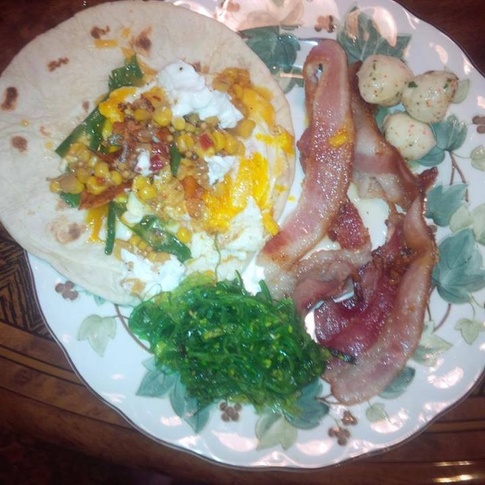 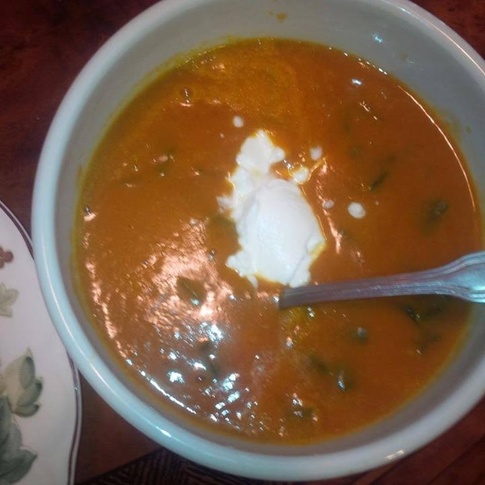 Then I began to eat.

Let me tell you something.  People with massive hangovers should not be allowed into the kitchen to cook.  Ever.
Pumpkin soup is amazing.  It’s one of my favorite soups.  However, it paired with nothing that I ate.

The bacon only paired with the rest of the items in the pita bread.  However, it doesn’t belong with mozzarella, Japanese seaweed, or pumpkin soup at all.

Japanese seaweed?  OMG, I LOVE THIS STUFF.  However, this time around, it made me sick.  I wanted to just puke out everything I ate.

Those mozzarella balls are so amazing when prepared with the proper salad!  However, with this combination, it was absolutely horrible!

This was, by far, the worst breakfast I ever ate in my life.

So, is it wrong to want it all?

However, it won’t be as appealing to have as you may think it is.

This brings me back to thinking of that one book I read when I was a kid. 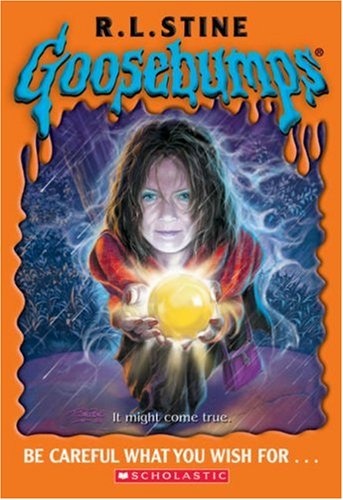