On October 14, 2014, Claudia Azula Altucher had messaged me on Quora and asked me if I wanted to be on an episode of Ask Altucher. Without hesitation, I agreed.

Listen to podcast here: Ask Altucher – 10 Steps to a Sale

Actually, I met both Altuchers back in April of this year. On the 16th I believe. Was that the Thursday I met with them? They had just finished up recording their audiobook for The Power of No: Because One Little Word Can Bring Health, Abundance, and Happiness. We had breakfast and the W hotel in Time Square. Amazing Eggs Benedict! Claudia and James are quite possibly my two favorite people in the world. :]

Well, regardless, I was stoked to hear about being able to be on their podcast. To my surprise, on October 2nd, I was featured in the Huffington Post, my first real publication. So this was like a push forward in regards to where I was, being just a Top Writer on Quora to having an actual article in a major publication. Then on October 16, I was featured in a BBC article. It kind of was unreal.

Anyway, that is beside the point. James and I spoke about two weeks ago over the phone when we recorded the podcast. Normally, when I do a podcast, I get all nervous and jittery inside. When I did my second Quoracast with Jeff Meyerson in regards to my book, The Etiquette of Social Media (Just released in India on Flipkart and Amazon India), I was completely nervous. I’m not quite sure why, it could have been the fact that in the back of my mind, I knew my girlfriend and I were falling apart (since we actually recorded it a day before my ex left me). Or it could be because I was trying to juggle 120 hours worth of priorities a week for a month straight and just hit my breaking point a few days before. Or because I was having difficulty accepting my accomplishments I had made in life until now.

For some reason though, talking with James kept me calm. I don’t know if it is because I was able to meet him in real life, or if it was because we talked about a topic I understood like the back of my hand, but even though my world fell apart when the woman of my dreams had left my side, I was able to speak confidently and boldly about a subject that I was all too familiar with.

Funny thing is, yesterday I was able to hit 9 million views on Quora and was named Top Writer 2015. 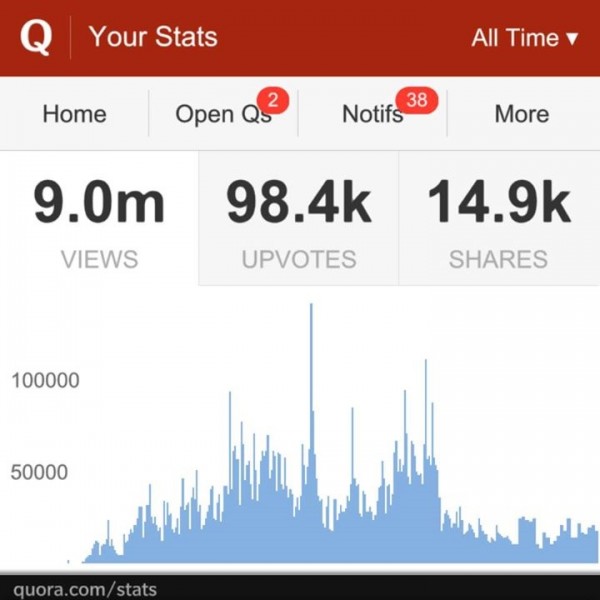 Today, the podcast came live on the exact same day I just did a last minute photo shoot for a fashion shoot in prominent magazine with a celebrity appearance. (Magazines will be available in the UK for the April 2015 issue.) I actually had the opportunity to model in an A list magazine with an A list celebrity.

Also it could quite possibly one of the best days of my life. It is absolutely unreal how so many positive things have happened within the same month of losing the woman of my dreams.

Overall, I felt it was a great opportunity to discuss what struggles I had to face when I first entered the world of sales and how a scientific outline can improve anyone’s career. I hope that the message we communicated over our podcast can be educational for others and help them in their careers, whether they choose a role in sales, business development or even running their own business.

I’d recommend that if anyone is approached by Mr. or Mrs. Altucher to be part of the Ask Altucher series, to definitely hop on the bandwagon and share your insight, for it has the potential to influence all his loyal listeners and more.

Thank you so much Claudia and James for the opportunity! You two are the best!

Listen to podcast here: Ask Altucher – 10 Steps to a Sale

Currently CamMi Pham and I are working on a new project at Asian Problems, where we discuss the problems that Asians face in today’s society. I’m also helping people rebrand their personal images and working on three new books, one on how to brand yourself, one on online harassment and another I’m coauthoring with my friend who has made $10 million in his industry–A how to guide on how he went from working at Togo’s to making it in life. I’m also looking for people who have gone through extreme adversity and overcame all odds to coauthor biographies with.

P.S. Vote for Virali Modi to be Miss Wheelchair India by clicking like and sharing her post with your friends.