Oh how I remember. Remember the first day when I began my long term relationship. A relationship that I thought would last forever.

I was in the city of Fullerton. I went to visit my friend Eric. We were out with a few other friends. He wanted to introduce me to a sweet lady whom he fancied. I was only sixteen. Sweet sweet sixteen. Just as nervous as can be.

Eric never wanted anyone to see whom he was introducing me to. Especially not his parents. He asked me to hide behind the bushes. I agreed, yet my body shook in fear.

Would she like me back? Will I make her dreams come true? Could this be true love?

All questions that circulated my mind. Unanswered and nagging me at the back of my head. Then the moment came. She was making her grand entrance.

It was as if she was on center stage at a concert. Here she was, the only one whom all of our eyes could see. Mist and smoke blew everywhere as she lit up the room. 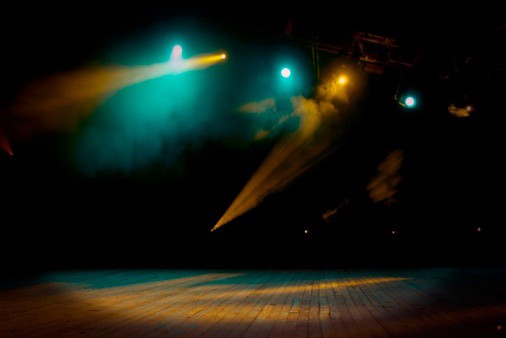 I wanted to touch her. Feel her soft skin. Caress her. Hold her close as I put my mouth on her. Would she spark up my life?

She introduced herself to me, her name Ms. Newport, like the beach. Fresh out of the lush green home she shared with her 19 other relatives, she decided to pull me over. As she grasped my attention, she whispered in my ear of how she wanted to share her most intimate moments with me.

It was my chance. My first chance to put my lips on hers. Would I seize the opportunity or would I let it pass me by?

How could my body not love someone as precious as her? Someone whom all my friends could share their most intimate moments with?

Was I weird? Was I different? What would my friends think of me if I didn’t proceed to move forward?

I had to continue. I had to keep going. I had to finish, or I would be judged. So finish I did.

As time went by, I became more used to her sweet touch. Years went by and we spent the best of days and the worst of days together.

There was a time, when my grandmother had caught me with my love. We ran for our lives, as she chased us down the street with a slipper. Then she sat us down, tried to separate us and lectured us, endlessly.

Once when I was at the age of 17, fate tried to pull us apart again. I was unwillingly separated from my sweet love for a whole five months and a week. Not a day had gone by where I did not think of her. Of how I wished that she would be right at my side.

But once the time had passed, I brought her back into my life instantaneously. Sparks flew, literally. I was so excited by her touch, that I immediately had a head change.

Was this really real?

It just felt too euphoric to be true.

We stayed together for years on end. Celebrations. Birthdays. Moments of success. Times of depression. She was there.

As we grew older, so did her name. She went from being Ms. Newport to becoming Ms. Marlboro, to Ms. Parliament to Ms. Dunhill. For a short time she even became Ms. Nat Sherman, but she eventually settled for Ms. American Spirit. As she aged, her strength weakened as well.

However, I was in love with her and I couldn’t spend a waking moment without her sweet soft touch. As my lips touched her soft sweet butt, sparks flew. It was just pure chemistry.

Then one day in 2010, I had lost all I had. No longer was I the free man whom we all knew. I was on the verge of becoming homeless, stripped of every penny I had. As I prepared for a life of panhandling under the bridge, we shared as many intimate moments as we could together. Then the day came, when I would have a home no more.

My grandmother decided she couldn’t see me fall so far from grace, so she welcomed me into her home. Being penniless, I couldn’t see my lover. We went 21(or 24, I think 24) days without being able to hold each other close. Then miraculously, I had some cash. A little bit of cash to splurge on all that I wanted.

I only wanted one thing.

So I crossed the street and made my way to the liquor store. Reunited we were, to spend the rest of our lives together.

As time progressed, we stayed by each other’s side. However, as I reflect back, I clearly saw the times when she tried to jeopardize my health. When she made my breathing heavier. When I had difficulty getting up in the morning. However, each time I felt pain, that all went away whenever I switched to her lighter, more sophisticated brand.

I thought our love would last forever, as did she. Until the most recent of months, my eyes finally opened. I felt as if things had changed, but I wasn’t sure. There was a stinging in my wrist. One at my liver area. Another on my stomach. Every other day the pain would reoccur. Gradually getting worse. But why?

Was I falling victim to my surroundings? Was my body starting to fail? Then it dawned upon me. My lover had been poisoning me slowly, since the day we met.

It seemed as if she was out for my life insurance, as she clearly didn’t want me to be alive any longer. Was this even love that I had felt for the last thirteen years?

Everything became a blur. I knew I had to leave. I told myself every day. However, I couldn’t part from her side. She was my everything and stuck by it all.

She calmed my soul as I stared into an empty pool of hopelessness. She gave me energy as I fought to reach the stars. She pleasured me after I had lie in victory. How could I say goodbye to someone like this?

Each morning I awoke, thinking of how I’d leave. Yet it never happened. The days would go by, the pain would reoccur, the poison flowing through my veins. Was I to just stick with this habit until the moment I die in her arms?

I needed to run, but I was stuck. Trapped by our memories. Addicted to her touch. Not sure how I would ever escape.

I almost lost all hope.

Then one day, a beautiful woman came walking into my life. One who didn’t smoke and didn’t drink. We enjoyed the great joys of life, including ice cream, prosciutto and X-Men.

During our time together, never once did I crave a cigarette. Never once did she smoke. Then I returned home.

I got into bed, laid there and thought. I pondered away. If there is even the slightest chance of a future with this woman, would I be able to give up the love of my life?

Yes. Yes I can. I will be able to give it up. But when should I make the decision to commit?

No. I’ll wait for her to bring it up. I’ll spare myself a few days of pleasure.

A few days went by. We talked for hours on end. Then the question I dreaded came about. She asked. Asked me if I was in a relationship. A relationship with the one who sparks up one’s life. The one who is only known as a cigarette. I asked her how she knew. She said by the color of my teeth. I told her I was, but I was quitting.

She didn’t believe me.

I thought hard. Would I rather spend my life with someone who only wanted me dead, or take my chances on a potential future with a woman whom I was excited to see and whom inspired me? One whom made me happy and feel like a kid once again?

Since June 19, 2014, I haven’t touched a single cigarette, even after having the mimosa of death with my friend Garrick Saito at the great Pasadena Quora meetup of 2014. We called her the Mimosa of Death, as it reignited all my cravings to a newfound level. A level of irresistibility.

Instead of smoking, I’ve been eating bag after bag of potato chips and having my mouth water every time I see a smoker light up. A few more weeks and I’ll be free. Free from the grasps of cigarettes forever. Then I’ll have to work on getting back into shape and freeing myself from the grasp of my Cheddar and Sour Cream Ruffles.