Once upon a time in the past, I had put up a job ad on Craigslist to hire a personal assistant. It was the heart of the recession and as each minute passed by, I had a new applicant. It was like clockwork. 1 minute. 1 new application. It went on that way for 400 minutes.

After the time had surpassed, I started to schedule interviews. I made my decision. After that, I saw that I had around 400 people who were actively seeking out work.

Anyway, I sent them back emails, asking them if they would be interested in a position that involved branding and marketing.

Some people replied with interest. We met. Some felt gratitude for the meeting. Others looked at me with disgust while they felt like I baited and switched them.

Today, I feel that karma has come around full circle. Recently, I have been working on seeking out new employment.  I haven’t sent out anything to potential employers as of yet, as I have been perfecting my employment arsenal.  However, I have been heavily marketing myself on employment platforms such as LinkedIn.

Two weeks ago, a man who read one of my articles had reached out to me, asking if I wanted to be his assistant. He spoke a big game, saying he was part of the 2016 Jamaican Olympic team. He said he was making moves. So I decided to meet with him. 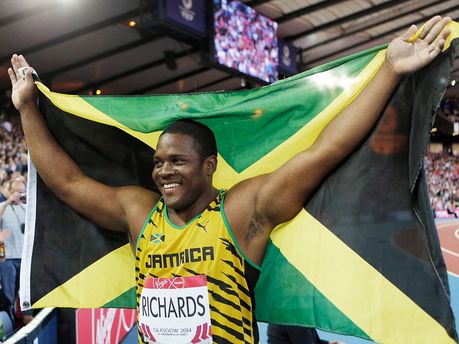 After meeting with the athlete, he kept up appearances. Then in the middle of the meeting, he took the assistant position off the table and instead offered me a position managing his brand. Not managing his image.  I thought he wanted me to manage his image, which I can do, but a future meeting implied he wanted me to get brands to sponsor him, which is a completely different story. He took a salaried position off the table then sold me onto a commission based position.

At first, I stated that I didn’t have enough savings to take on a project like that.  I mean, I do have enough in savings, but I just met this guy.  I wasn’t going to tell him that.  Anyways, what is in my savings account is ambiguous and isn’t even meant for personal survival anyway.  It’s more of a rainy day fund in case the world ends.  Regardless, I have dealt with way too many fakes and flakes in my life.  I want some commitment on his part if he wants me to work for him.  I told him that I wouldn’t be able to just quit working at my day job to work on something like this.  So, he scheduled a follow up meeting with his manager, where we would discuss income.

I dressed up for the meeting, put on my fancy designer suit, a Ferragamo belt, my grey Allen Edmonds and slipped my 18k gold Baume et Mercier watch on my wrist.  I even splashed on a touch of the scent Hamptons by Bond No. 9, just to be as prepared as can be.  Since I live in the heart of LA, I normally dress like a bum, but I came here prepared to negotiate.

I guess the story he communicated to her was not the same as the one he communicated to me.  She was under the impression that I had found the future Olympian Gold Medalist and saw the potential within him, when he was in fact the one who found me and offered me a salaried position.  Since she was given a different back story, she didn’t attempt to sell me on the project.  Instead, one of the first things she did was mention how it is, black and white, without any smoke and mirrors.

It turned out, they had not even gone to Jamaica yet to secure their position in the Olympics.  They didn’t even start discussions with the consulate or political leaders out there. This man was living so far in the future, just like every other fake in Los Angeles. He was delusional as can be, just like everyone who reads that book The Secret, yet refuses to acknowledge reality. Kind of like Bill Ackman, when he hedged a billion dollars against Herbalife and issued his “death blow” that blew up in his face, which caused the stock to raise 25% instead.

Anyway, I decided to back out. However, it felt like karma hit full circle. Here I was one day having people who were looking for work stare at a commission based position, only to have another Hollywood wannabe try to do the same thing to me.

Why did I even consider a position as a personal assistant?

I was under the impression that a position of an assistant for an Olympian that required travel would pay at the bare minimum $60,000 a year.  Instead, he tried to sell me on a dream of Bentleys and Lamborghinis…  Oh, and I love puppies, but he brought his huge dog into my car without asking.

0 thoughts on “Fakes and Flakes and Why They’re Grrreat! Making Deals in the Frosty Heart of LA”